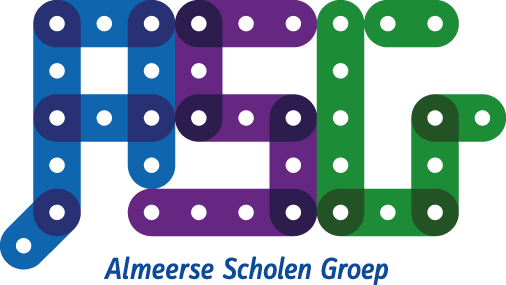 Card production via CardsOnline in collaboration with school photographers

ASG uses CardsOnline as a card production and management solution for a total of seven locations. Per location, the location can choose to print student badges themselves or have them printed by the school photographer.
There are three school photographers affiliated with ASG:

The Almere School Group (ASG) prepares young people for their future and their place in an ever faster changing society. The ASG schools are constantly improving and innovating and providing qualitative and diverse education that is accessible to every child. Together they add color to good education. The Almere Schools Group is the educational board of 37 primary schools, two schools for special primary education (SBO) and eight secondary schools in Almere. 21,000 students receive inspiring education. The ASG employs 2,150 employees.

The ASG use a multifunctional Mifare Classic card for identification, access control, payments and their locker system. ScreenCheck has made CardsOnline available as a SaaS solution for the management and production of these cards at seven ASG locations. Unique to the implementation of CardsOnline at ASG is the collaboration with a number of school photographers for the production of the cards.

Fast and easy collaboration with third parties via CardsOnline

ASG wants to design, manage, encode and print the employee and student card for seven of their locations via CardsOnline. These locations can choose to produce the smartcards themselves or by the school photographers affiliated with ASG. For example, the three school photographers  Foto Koch, Schoolfoto.nl and Vanderberg fotografie photography, who are affiliated, can, in addition to making the passport photos, access CardsOnline and produce the passport photo cards via the CPM (Card Print Manager). The CPM connects to CardsOnline and is installed on the computer associated with the card printer used for encoding and printing. The School Photographers receive a clear overview of the cards available for encoding and printing via the CPM.

Import data from source systems for card data and photos

CardsOnline as a SaaS solution for card management and production is a central system and provides secure online access to the authorized users at the various locations of ASG and the school photographers. To import and manage card data, a link is required with the source system Somtoday of ASG. Somtoday is from which the necessary personal data is imported. This is done by means of a data agent, an active link between Somtoday and CardsOnline.

ScreenCheck has created two data agents for safely importing the card data and photos to CardsOnline. In addition to the link with the Somtoday system, a link has also been made to import the photos from the various school photographers via SFTP.

The card design and linking the card during card production

ASG designs various card layouts via CardsOnline in collaboration with ScreenCheck. They then link the desired card designs to the correct card holder. During the production of the card, the card is made suitable for the Netpay payment system by XAFAX, Salto’s access control system and Vecos Releezme Lockers. After production and receipt of the card, the cardholder can immediately use it with the various facility systems.

ASG also uses the CardsOnline Service Portal. Employees and students can log in to the Service Portal quickly and reliably via their own SSO (Single Sign On) data. The SSO for the CardsOnline Service Portal is realized via ADFS. Active Directory Federation Services (ADFS) is a software component developed by Microsoft that can be installed on Windows Server operating systems to provide users with single sign-on access to systems and applications located across organizational boundaries. With an account on the Service Portal, cardholders can manage their own card details and photo and, for example, block a lost card.

Software: CardsOnline 7 as an Azure SaaS-solution

We use performance cookies to make sure that the website is working properly and fix any errors.

These cookies are used by third parties to display personalized advertisements on sites, based on recent searches and previous interactions.