The introduction of CardsOnline 7 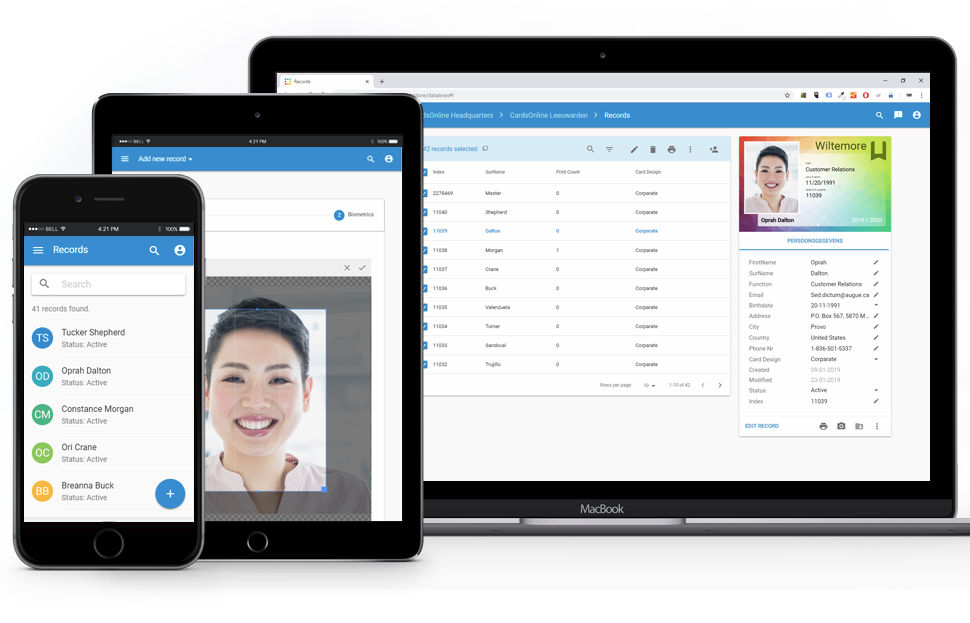 is proud to introduce a new version of our card management system: CardsOnline 7. The one card solution in the cloud CardsOnline 7 has an amazing new look and online card designer.

CardsOnline shows a new modern interface with a very clean look. A professional, recognizable style that gives a clear and trusted overview. The new update is responsive, which makes CardsOnline user friendly for all mobile devices. Use your tablet or phone to look up a card holder to adjust their data or make a photo for their ID card.

The Card Designer is rebuild and features all the functionality for a creative professional card design. 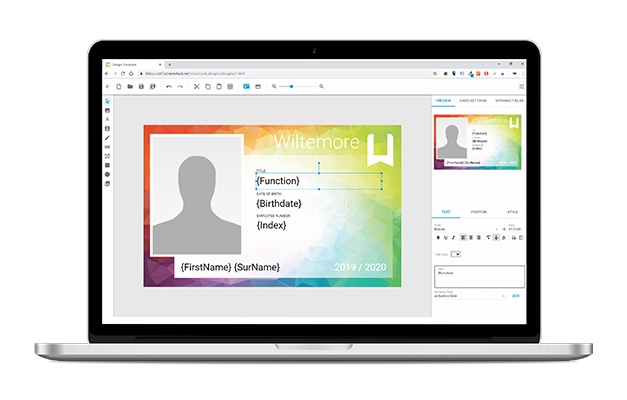 Add your own specific font to the designer and export your designs. The new interface is familiar and user friendly. Customers that already work with our desktop software BadgeMaker, will see similarities in the interface of the designer. It is also possible to import BadgeMaker card designs to CardsOnline.

Adding data-tasks is made easier in CardsOnline 7. The Data Task Manager lets you setup and manage a standard set of data tasks for automatic import and export of data. A data task is a script that collects information or performs a task in the background at a particular schedule. For example mutations in databases like employees and/or students data, data tasks automatically runs at a set interval to update your data records in the data manager.

A lot of small improvements in CardsOnline, including some important security updates.

CardsOnline offers a new dashboard on Group and Unit level with important information, such as total units, records, print sessions and cards printed.

Next to the dashboard it is possible to export data to a CSV file and generate complete reports using PowerBI. Get insight into the production numbers overall, on Group or Unit level. Track active records, prints, misprints, reprints & blocked cards. Get insights into Admin usage with a complete overview log of the actions taken in CardsOnline. 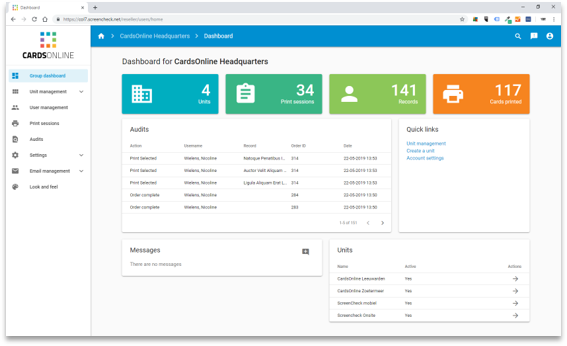 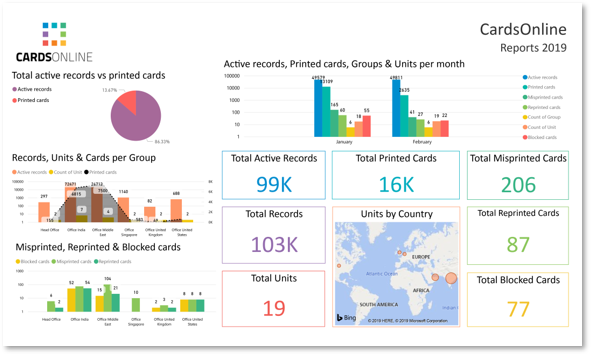 Want to learn more about CardsOnline 7, request a demo now!

We use performance cookies to make sure that the website is working properly and fix any errors.

These cookies are used by third parties to display personalized advertisements on sites, based on recent searches and previous interactions.